To get started with either the Mini PCIe or M.2 Accelerator, all you need to do is connect the card to your system, and then install our PCIe driver, Edge TPU runtime, and the TensorFlow Lite runtime. This page walks you through the setup and shows you how to run an example model.

The setup and operation is the same for both Mini PCIe and M.2 form-factors, including the M.2 Accelerator with Dual Edge TPU. 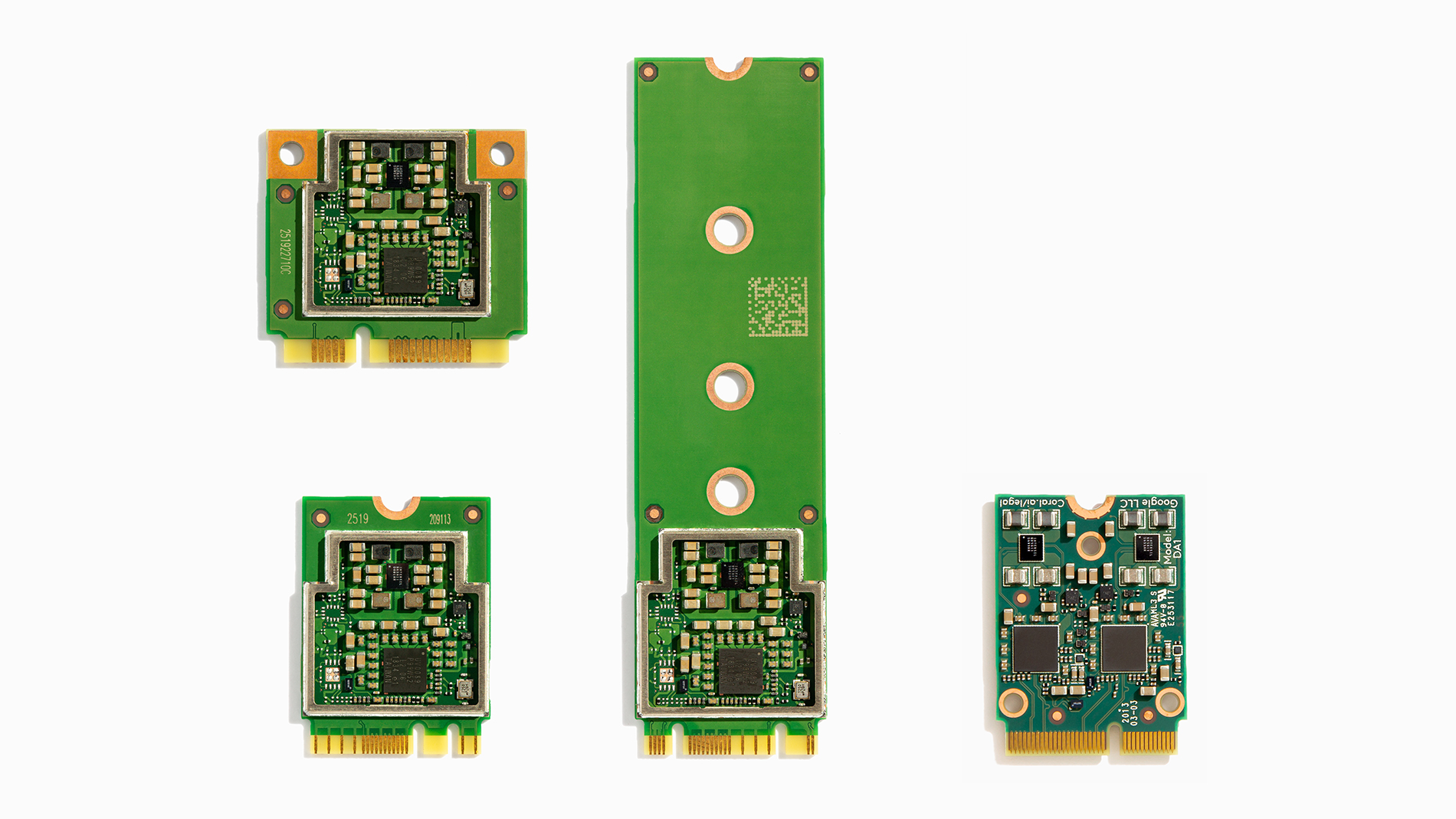 Next, you need to install both the Coral PCIe driver and the Edge TPU runtime. You can install these packages on your host computer as follows, either on Linux or on Windows.

The Coral ("Apex") PCIe driver is required to communicate with any Edge TPU device over a PCIe connection, whereas the Edge TPU runtime provides the required programming interface for the Edge TPU.

Before you install the PCIe driver on Linux, you first need to check whether you have a pre-built version of the driver installed. (Older versions of the driver have a bug that prevents updates and will result in failure when calling upon the Edge TPU.) So first follow these steps:

Now install the PCIe driver and runtime as follows:

You can install both the PCIe driver and the Edge TPU runtime on Windows using our install script as follows:

PyCoral is a Python library built on top of the TensorFlow Lite library to speed up your development and provide extra functionality for the Edge TPU.

We recommend you start with the PyCoral API, and we use this API in our example code below, because it simplifies the amount of code you must write to run an inference. But you can build your own projects using TensorFlow Lite directly, in either Python or C++.

To install the PyCoral library, use the following commands based on your system.

If you're using Debian-based Linux system, install PyCoral (and TensorFlow Lite) as follows:

If you're using Windows, install PyCoral (and TensorFlow Lite) as follows:

Windows users: Instead of typing python3 as shown here (and elsewhere in our docs), you can use the py launcher. Just be sure you use Python 3.5 or newer.

Alternatively, you can download a specific PyCoral wheel file and pass it to pip install.

4: Run a model on the Edge TPU

Now you're ready to run an inference on the Edge TPU.

Windows users: The following code relies on a Bash script to install dependencies. If you're new to using Bash on Windows, we suggest you try either Windows Subsystem for Linux or Git Bash from Git for Windows.

Follow these steps to perform image classification with our example code and MobileNet v2:

The top classification label is printed with the confidence score, from 0 to 1.0.

To learn more about how the code works, take a look at the classify_image.py source code and read about how to run inference with TensorFlow Lite.

Important: To sustain maximum performance, the Edge TPU must remain below the maximum operating temperature specified in the datasheet. By default, if the Edge TPU gets too hot, the PCIe driver slowly reduces the operating frequency and it may reset the Edge TPU to avoid permanent damage. To learn more, including how to configure the frequency scaling thresholds, read how to manage the PCIe module temperature.

To run some other models, such as real-time object detection, pose estimation, keyphrase detection, on-device transfer learning, and others, check out our example projects. In particular, if you want to try running a model with camera input, try one of the several camera examples.

If you want to train your own model, try these tutorials:

Or to create your own model that's compatible with the Edge TPU, read TensorFlow Models on the Edge TPU.

The following section describes how the power throttling works and how to customize the trip points.

Here are some solutions to possible problems on Linux.

If you are running on ARM64 platform and receive error messages such as the following when you run an inference...

... You should be able to solve it if you modify your kernel command line arguments to include gasket.dma_bit_mask=32.

For information about how to modify your kernel command line arguments, refer to your respective platform documentation. For bootloaders based on U-Boot, you can usually modify the arguments either by modifying the bootargs U-Boot environment variable or by setting othbootargs environment variable as follows:

If you make the above change and then receive errors such as, DMA: Out of SW-IOMMU space, then you need to increase the swiotlb buffer size by adding another kernel command line argument: swiotlb=65536.

If you see a lot of errors such as the following:

... You should be able to solve it if you modify your kernel command line arguments to include pcie_aspm=off.

For information about how to modify your kernel command line arguments, refer to your respective platform documentation. If your device includes U-Boot, see the previous HIB error for an example of how to modify the kernel commands. For certain other devices, you might instead add pcie_aspm=off to an APPEND line in your system /boot/extlinux/extlinux.conf file:

Workaround to disable Apex and Gasket

The following procedure is necessary only if your system includes a pre-build driver for Apex devices (as per the first steps for installing the PCIe driver). Due to a bug, updating this driver with ours can fail, so you need to first disable the apex and gasket modules as follows: